Last Stop Vienna is the first episode of season 1.

A bomb explodes in the center of Vienna and Michael, dog trainer and owner of Rex into action with his four-legged friend. Immediately identify the killer who is not able to escape, and the dog and the police pursuing him, feeling trapped trick that starts to shoot and hit the policeman in the chest collapses to the ground, there is nothing left for him to do. Rex tries to resolve the matter by himself, but he is hit by the killer, fortunately striscio. Immediately comes a new Commissioner of the homicide squad, that injures the man. The case seems solved thanks to Richard Moser, precisely the newcomer, but discover later that the man had been hired by someone else to blow up the bomb. Meanwhile, Rex is depressed by the death of his master and those of the kennel because the dog would like to suppress it even refuses to eat and drink. Moser will follow in parallel the investigation and the matter of poor Rex. Rex will be adopted as long as man and together they will solve the case. 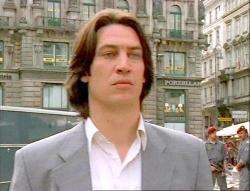 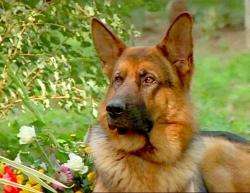 Retrieved from "https://inspectorrex.fandom.com/wiki/Last_Stop_Vienna?oldid=4354"
Community content is available under CC-BY-SA unless otherwise noted.